Hà Nội and its environs have reportedly experienced a 400 per cent increase in dengue fever cases compared to previous years, and the numbers continue to rise.

Hà Nội and its environs have reportedly experienced a 400 per cent increase in dengue fever cases compared to previous years, and the numbers continue to rise. Dengue, particularly prevalent in the rainy season, is a virus passed on by the Aedes aegypti, a tiny striped mosquito that breeds in stagnant water – whether a lake or a pond, a flower pot or even a toilet that hasn’t been flushed regularly. The mosquitoes are most active in the early morning and late afternoon.

Everybody is vulnerable to dengue, which in most cases displays mild flulike symptoms. However, symptoms can be severe, especially among those who have contracted dengue previously. Generally, symptoms will present themselves three days after the mosquito bite, with fever, headache, joint pains and nausea. Most cases resolve naturally and individuals regain health after two weeks, on average. However, it is important to be alert for warning signs that indicate a severe infection, which generally occurs three to seven days after the original symptoms, and include:

Individuals who contract a severe case of dengue can experience a sudden and severe drop in blood pressure known as Dengue Shock Syndrome (DSS). Symptoms of DSS include:

How can dengue affect pregnancy?

Pregnant women run an increased risk of developing a more severe case of the disease since their immune system is suppressed, and may require hospital care. That said, even in pregnancy, most women do not develop a more severe case of the disease. Those who do, run a greater risk of pregnancy-related complications such as pre-eclampsia, pre-term labour, delivering a low birth weight baby, as well as fetal death and acute fetal distress during labour. Statistics also indicate an increase in Caesarean births in women who contract dengue. The disease also causes a drop in platelet levels and increases the risk of heavy bleeding, which may necessitate a blood transfusion.

Is it harmful for the baby?

There is no scientific proof that dengue can be passed on from mothers to babies in the womb. The risk is generally considered very low, although it may be higher towards the end of pregnancy.

If a mother has dengue at the time of giving birth, the baby may develop the fever during the first two weeks of life. Dengue in babies can be very difficult to determine. Attention should be paid to the following signs:

What is the treatment for Dengue and is it safe during pregnancy?

There is no viable vaccine or antiviral treatment available. The principle treatment is symptom relief. Symptoms can normally be managed by administering Paracetamol, which is considered safe during pregnancy. Consulting a doctor and drinking plenty of fluids is also advised. In severe cases a mother may require hospitalization for intravenous fluids and if circumstances dictate, a blood transfusion.In severe dengue cases, with treatment, most individuals make a full recovery and are usually well enough to leave hospital after a few days. Without treatment, severe dengue can be fatal in up to 40 per cent of cases.

How does one protect against dengue?

The best protection is to dry up viable mosquito breeding sites: empty water from containers such as pots, vases or cans, cover open drains and check for any potholes or ditches where rain water can pool near your home. Mosquito bites can be prevented by:

Chemical mosquito repellents are generally considered safe during pregnancy, however reading the product advice label is important to verify. These products are usually only effective for a few hours and require renewed application at regular intervals.— L’Hôpital Français de Hanoi

Together with his team of professional health care experts he has been successfully managing normal and complicated pregnancies for the last 20 years.

If you have any questions or want to book an appointment with our doctors, please contact us at (84-24) 3577 1100 or email us at: business_dev@hfh.com.vn / contact@hfh.com.vn 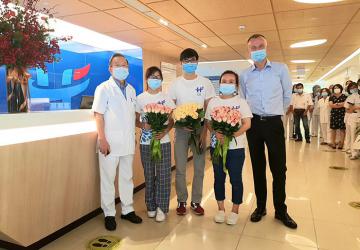 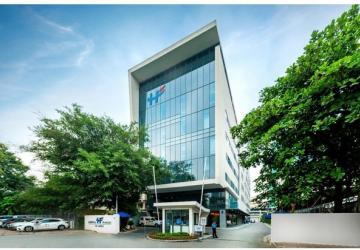